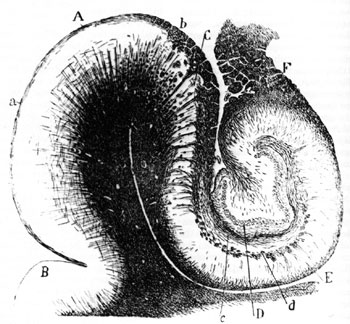 Remembering a past event can be trivial or frustratingly hard. This difficulty often depends on how much information we have at hand. Seeing the face of a long absent friend can trigger a memory to resurface or leave us embarrassed as we draw a blank.

When a memory is created activity patterns in the neurons become inscribed in their connections, leaving a trace known as an engram. It is thought that during recall this trace is restored and the original activity pattern re-established. This process is known as 'pattern completion' and is believed to occur in a part of the brain called the hippocampus.

During the pattern completion process the initial activity of the cells is incoherent, but via repeated reactivation the activity pattern is pieced together until the original pattern is complete. Sometimes it fails, leaving us unable to bring elements of the past to mind.

Our installation echoes this process using sound recordings and photographic sequences captured in forests. The image sequences are fragmented, shuffled and projected into constellations of suspended glass spheres. Embodied in these spheres, the image fragments become suggestive of the places in which they were initially recorded.

Replayed through headphones, binaural sound recordings provide precise spatial details about the forest surroundings. These sounds are combined with the photographic sequences to create a sense of space bounded on one side by the projected imagery, and on the other by the imaginary surface at the back of the listener's head.

The forest scenes, based on pathways, clearings and walking are purposefully empty of people and objects. The images and sounds provide cues for viewers to complete, or interpret, these landscapes with recollections of their own.