Installed in the Wilkins North Observatory, UCL, the Pattern Completion project is re-contextualised. Hanging in the intimate, octagonal shed, under the iron mechanisms that operate the sliding roof, the work takes on a new set of associations specific to this structure. Although decommissioned, the observatory building still evokes a particular history - of scientific enquiry, of observational research, of cosmological and astrophysical exploration.

Isolated and relatively exposed, the small observatory is directly affected by the weather and by the daily cycles of light and dark. For several days of the exhibition, rain beat heavily on the domed roof and ran noisily down the drainpipes. During twilight hours the door could be left ajar so the glass constellation was visible from outside, glowing in the half-light.

Inside the shed, wooden beams and metal fixtures become part of the installation apparatus. Spill from the projector beam highlights other structural details - circles falling over circles within the curved room. The grass, trees and pathways around the observatory create new dialogues with the woodland, rivers and hedgerows in the video images. Boundaries between internal and external - and between real and imagined - spaces are blurred. 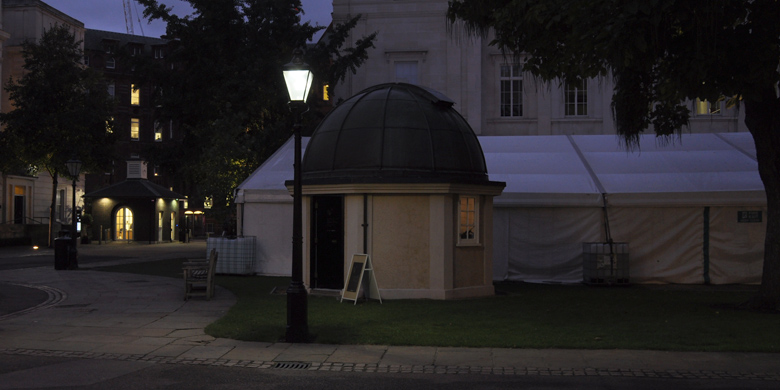 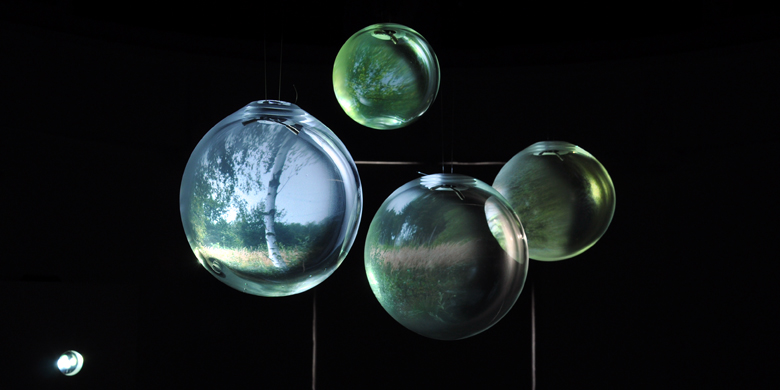 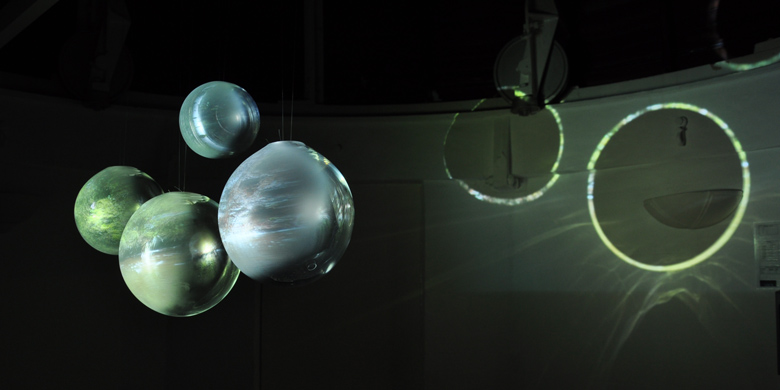 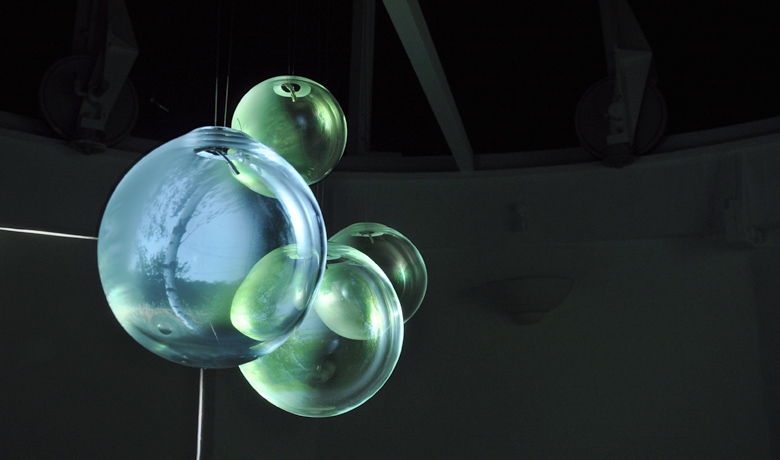